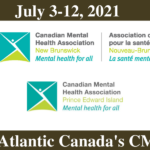 April 30, 2021, FOR RELEASE MAY 3, My Island Run launches during Mental Health Week The campaign’s goal is to raise $50,000 for Atlantic CMHA’s Charlottetown, Prince Edward Island – My Island Run, a mental health awareness campaign, created by Dom Dib of Nova Scotia, is being launched today to coincide with the beginning of […] END_OF_DOCUMENT_TOKEN_TO_BE_REPLACED 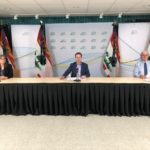 The following is distributed by the Government of Prince Edward Island. FOR IMMEDIATE RELEASE April 15, 2021 Province funds 24 affordable housing units for individuals and families Charlottetown, Prince Edward Island – Another 24 affordable housing units will be available for individuals and families in need of housing in PEI. The Province is partnering with […] END_OF_DOCUMENT_TOKEN_TO_BE_REPLACED 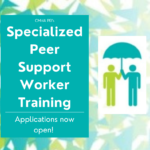 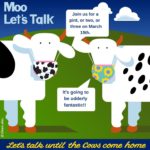 February 4, 2021 (Toronto) – Now more than ever, people in need of immediate mental health support are turning to distress centres for help. People living in Canada need an easy way to ask for assistance during their time of greatest need. … READ MORE END_OF_DOCUMENT_TOKEN_TO_BE_REPLACED 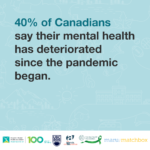 The second wave of the pandemic has intensified feelings of stress and anxiety, causing alarming levels of despair, suicidal thoughts and hopelessness in the Canadian population. This, according to the newest wave of data collected through a nationwide monitoring survey on the mental health impacts of COVID-19, released today by the Canadian Mental Health Association […] END_OF_DOCUMENT_TOKEN_TO_BE_REPLACED 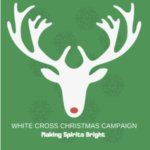 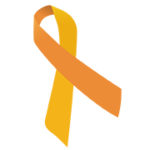 FOR IMMEDIATE RELEASE  September 10, 2020  CMHA Launches new ACTT for Life Program on World Suicide Prevention Day  Charlottetown, PEI – September 10 is World Suicide Prevention Day (WSPD) in Canada and around the world. It’s a day to come together, offer comfort and support to those impacted by suicide, and to highlight important work […] END_OF_DOCUMENT_TOKEN_TO_BE_REPLACED