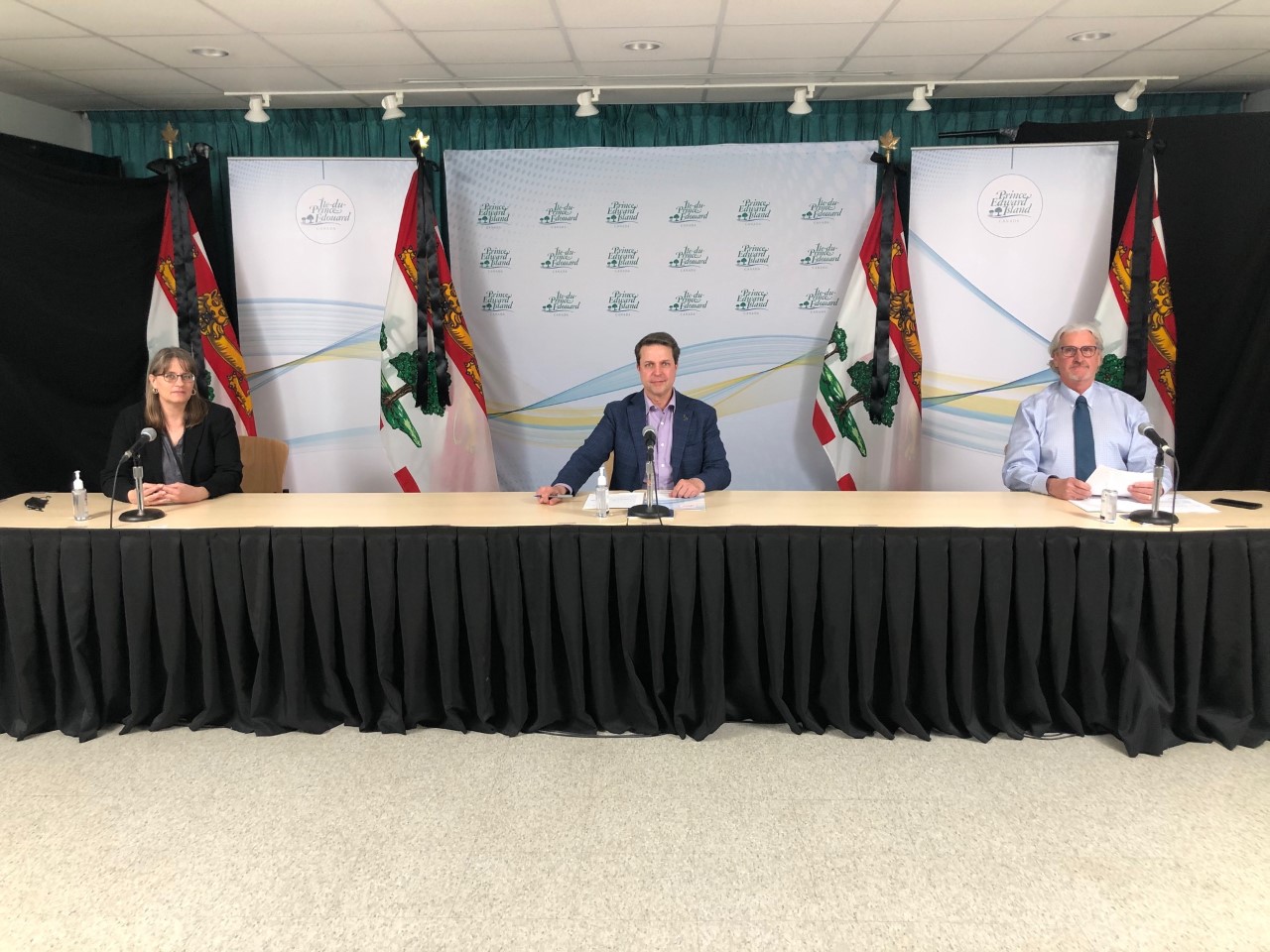 The following is distributed by the Government of Prince Edward Island.
FOR IMMEDIATE RELEASE
April 15, 2021
Province funds 24 affordable housing units for individuals and
families
Charlottetown, Prince Edward Island – Another 24 affordable housing units will be
available for individuals and families in need of housing in PEI.
The Province is partnering with the Canadian Mental Health Association of PEI and
Habitat for Humanity PEI on two projects to build the affordable units. […] Read more

Pictured above are (from left to right): Shelley Muzika the acting Executive Director of CMHA-PEI, Brad Trivers Social Development and Housing Minister, and Brian Gillis Chair of the Board for Habitat for Humanity PEI.